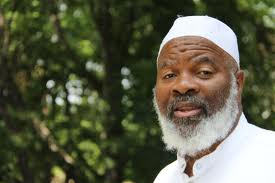 Siraj Wahhaj is one of the most admired Muslim leaders and speakers in America. He is the imam of Al-Taqwa Mosque in Brooklyn, NY and serves on the executive committee of the Muslim Alliance in North America (MANA). He previously served on the national board of the Council on American-Islamic Relations. Wahhaj led his community in an anti-drug patrol in which they staked out drug houses in the cold of winter for 40 days and nights, forcing the closure of 15 drug houses. This effort received high praise from the New York City Police Department and the media. Wahhaj was the first Muslim to offer an invocation to the U.S. House of Representatives in 1991.

We have 86 guests and no members online