CAIR-Minnesota Calls for Arrest of All Officers Involved in George Floyd Killing, Asks That No Bail Be Granted 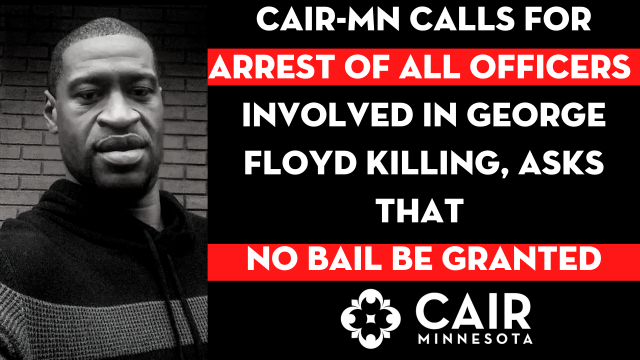 The Minnesota chapter of the Council on American-Islamic Relations (CAIR-Minnesota) today called for the arrest of all Minneapolis police officers involved in the killing of George Floyd.

That demand came following the arrest of Derek Chauvin, the officer who was seen on video kneeling on the neck of George Floyd.

“We demand that all the officers involved in the killing of George Floyd be arrested and charged accordingly. Because of the seriousness of the crime, and the pain it has caused the community, we ask that no bail be granted to those officers once they are all arrested.”

Yesterday, CAIR-Minnesota joined other civil rights and community organizations at a peaceful protest to call for the arrest of the four officers. 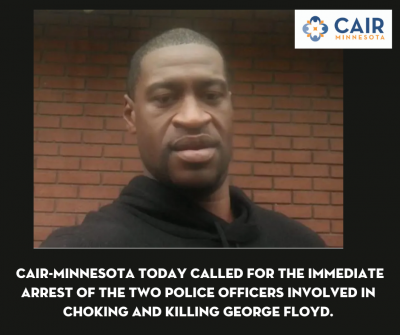 CAIR-Minnesota today called for the immediate arrest of the two Police officers involved in choking and killing George Floyd.

Story Time with CAIRMN for Give At Home Minnesota 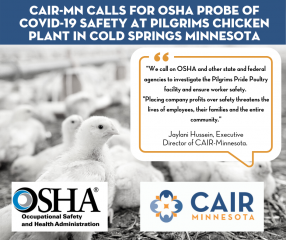 On April 22, 2020 President Trump signed a proclamation temporarily suspending the entry of certain immigrants into the United States in light of the COVID-19 pandemic. This Proclamation builds on a number of anti-immigrant policies put forward by the administration in the last several years by closing off almost all legal pathways to immigration.

While this information is subject to change, here is what we know now.

On the Front Lines

This is weekly Saturday program from 6-7pm  with our medical professionals on the front lines during this COVID-19 pandemic. Each Saturday, we will meet with people on the front lines; Nurses Hospitalists, Internists, ER Doctors, Pulmonologists and infectious diseases specialists from our community. You will have opportunity to ask candid questions about all the key information that we know and what we don't know.

We have 169 guests and no members online