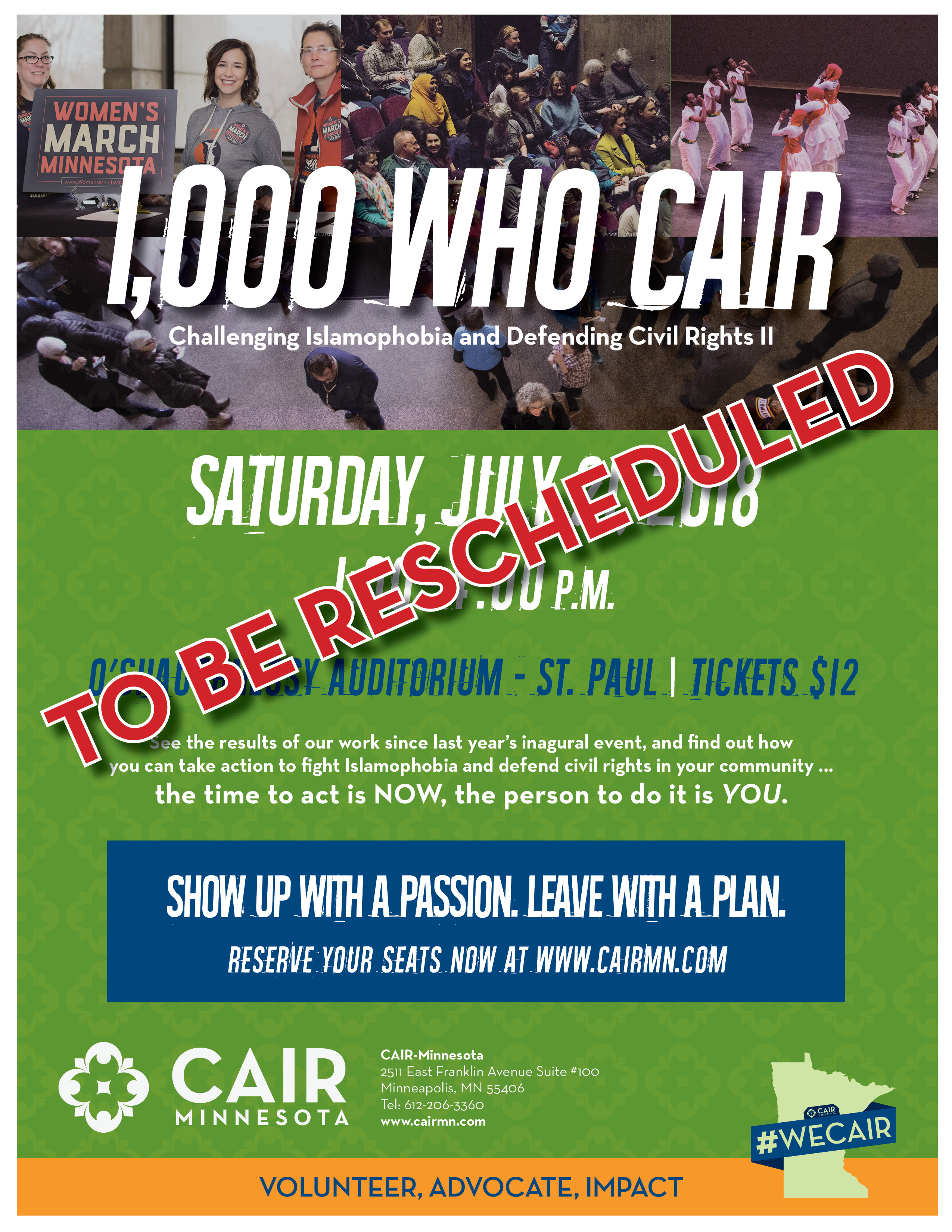 With One click. You can send an email to all of the state members of congress NOW.

(MINNEAPOLIS, MN, 3/7/18) - - The Minnesota chapter of the Council on American-Islamic Relations (CAIR-MN) today called for a state and federal investigation of a recently-discovered video showing members of the North Dakota Security Force III% shooting at and destroying a replica “mosque.”

NOTE: The Three Percenters are part of an armed anti-government extremist movement that formed militias based on their belief that only three percent of colonists fought in the Revolutionary War.

The video, posted on YouTube in 2016 and recently sent to CAIR, shows a package of bacon – which is often used by bigots to intentionally insult Muslims – and then shows members of the group shooting at and exploding the replica mosque. NOTE:

On Friday, November 18th, 2016, from 5:30 to 7:30 p.m., CAIR-MN will host a Town Hall Community Forum to discuss the aftermath of the presidential election. We wish to hold space for our community members and neighbors who would like to discuss what is Next?

We have 64 guests and no members online