“Hussein gave the Park Board until this month to schedule the proposal for a vote or CAIR-Minnesota would consider it a discriminatory outright rejection. He says he now plans to organize protests and file a lawsuit.”


“Meyer rejects CAIR-Minnesota’s allegations of racism. He pointed out that the parking bays near Northeast Middle School and Mount Carmel Lutheran Church were created in the 1970s, when people knew less about carbon emissions and climate change. What’s more, the Park Board did not heed requests for parking from two Christian religious institutions that occupied the building before the mosque.”

EVERYTHING YOU NEED TO KNOW ABOUT THE 2020 PRESIDENTIAL PRIMARY 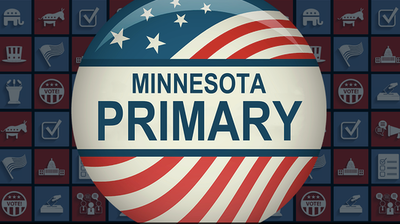 EVERYTHING YOU NEED TO KNOW ABOUT THE 2020 PRESIDENTIAL PRIMARY ON MARCH 3, 2020.

On June 26th, the United States Supreme Court issued a 5-4 decision in support of Trump’s bigoted Muslim Ban. It’s more important than ever to know your rights despite this decision. Since December 4, 2017, the Muslim Ban has been in full effect for certain individuals from: Iran, Libya, North Korea, Somalia, Syria, Venezuela, and Yemen. All are facing  difficulty in their applications for visas to be united with family, study in the U.S., get medical treatment, or visit for tourism.

We have 397 guests and no members online